Project Description
Forum Gold und Silber was created in 2014 when Schwäbisch Gmünd was hosting the state horticulture show. The building became the new centre point of the city. The spectacular structure designed by the architecture office "Isin" creates the new portal in the west part of the city, being an architectrual focal point in the urban fabric. The cubic building exhibits an outer shell like a robe. The facetted figure is constructed by rectangular facade elements with a gold and silver texture. 850 square openings are a reminiscence of the 850 years city history.

At the beginning of the Christmas season the facade lighting of Forum Gold und Silber had been implemented in addition to the illumination of public buildings in Schwäbisch Gmünd. Operated by the municipality and public services the projection will be switched on at dusk.

Four LED-Gobo projectors are outlining the contours distinctly from various locations around the building. Each projector is fully covering a face with illumination by use of 400W electrical power. Custom-made Gobos are cutting the light off avoiding spill lighting on surrounding buildings while the gold colour of the filters is facilitating the shimmering effect of the triangular surfaces.
Patterns like stars, flowers or emblems can be rendered temporarily. 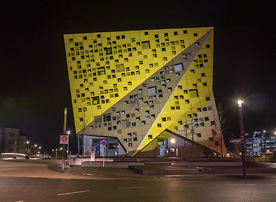 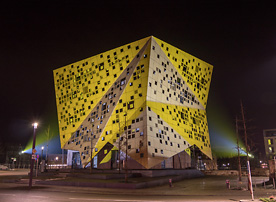 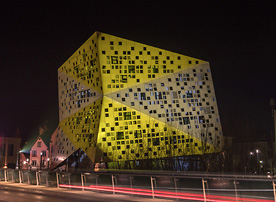 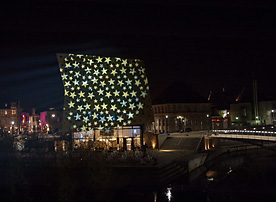 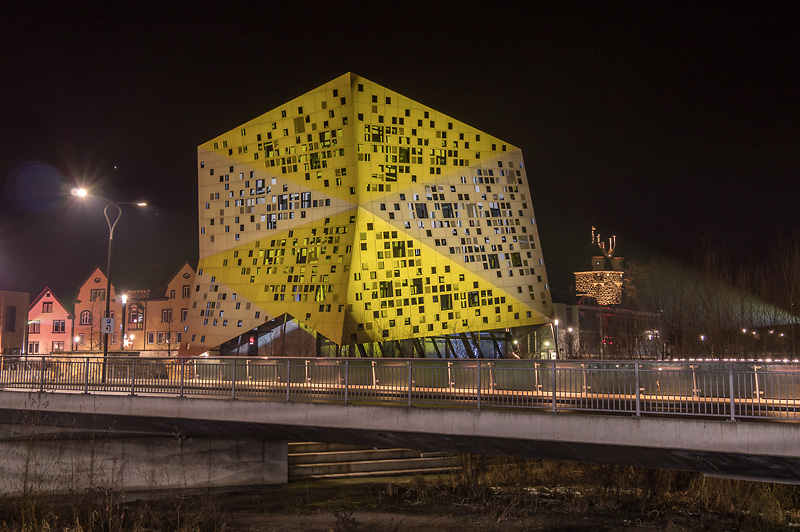